"Our 95% rate of repeat business is testament to the quality and cost effectiveness of our services." 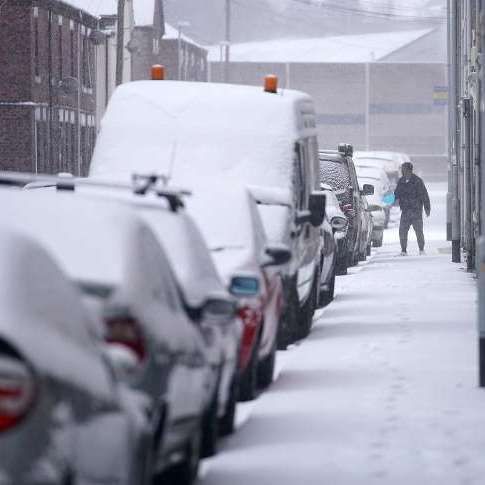 Motorists have been warned to take extra care as treacherous driving conditions are expected to hit the UK in the morning - dubbed "Black Ice Monday".

It follows heavy snow that brought major travel disruption over the weekend as severe weather left thousands of homes across the UK without power.

The RAC said it expects to attend 11,000 breakdowns on "Black Ice Monday" after being called to 8,000 incidents on Sunday.

Flights, rail services and roads were badly affected after a thick blanket of snow covered large parts of England, Wales, Scotland and Northern Ireland. Up to 30cm of snow was recorded in Sennybridge in Wales, as winds of more than 80mph battered the south coast of England.

The Met Office issued an amber alert - its second highest warning - for snow across parts of Wales, the Midlands and northern and eastern England on Sunday.

Forecasters have issued further warnings of snow and ice for the start of the working week, with temperatures expected to fall as low as minus 15C overnight in parts of Wales.

A further yellow warning for snow and ice has been issued for northern Scotland and Northern Ireland, with up to 10cm of snow forecast in some higher areas.

Some 24,000 homes were without power across Oxfordshire, Wiltshire and Berkshire, electricity supplier SSE said, after snow and wind caused damage to its overhead network.

The Port of Calais was closed after a P&O ferry carrying 300 people ran aground as it attempted to depart for Dover in a storm.

Flights were temporarily suspended at Birmingham and Luton airports, while delays and cancellations were also reported at Stansted, Cardiff and East Midlands.

Thousands of pupils will get the day off on Monday after Birmingham Council said all of its schools will be closed due to the bad weather.

Heavy snowfall forced the closure of the M1 motorway near Leicestershire and the A5 in Shropshire.

Motorists were also left stranded on the M4, the A34 in Oxfordshire and the A5 in Milton Keynes.

Heart of England NHS trust, which represents hospitals in Birmingham and Solihull, was forced to put an appeal out for 4x4 drivers to help stranded nurses get to hospitals.

Rail services across England and Wales were disrupted, including CrossCountry trains which were cancelled between Birmingham and Bristol after a landslide caused by the bad weather.

Sky News weather producer Chris England said: "There will be an extensive frost and some dense freezing fog, especially over areas with lying snow.

"Ice will be an added hazard on untreated roads and pavements.

"Wintry showers in the north and west will continue through the morning, taking over more of Northern Ireland, while southeast England will see more general rain, sleet and mainly hill snow.

"Most other areas will be fine, after fog lifts, but it will be very cold."

"Our 95% rate of repeat business is testament to the quality and cost effectiveness of our services."

This is to ensure that experience using the website is the best possible. You can find out more about the cookies we use by reading our cookie declaration.

What are cookies?
Cookies are small files stored in your web browser to help the website interact with you. Without cookies, every time you visit a new page the website thinks you are a new visitor. This would mean for example shopping baskets would empty each time you clicked onto a new page. If you would like to read more about cookies , Wikipedia has a detailed article.

What if I do not want cookies stored on my browser?
You can block cookies via your web browser. You can find out specific instructions for your browser via Google. Please note though we provide no guarantee against unexpected results should you choose to block cookies on this website.